Pocahontas On the warpath

In 1997, Harvard Law School was touting Elizabeth Warren as their first “woman of color” law professor. A year earlier, the law school had told the Harvard Crimson, in response to claims that the faculty wasn’t diverse enough, that “although the conventional wisdom among students and faculty is that the Law School faculty includes no minority women, [Mike] Chmura [spokesperson for the Law School] said Professor of Law Elizabeth Warren is Native American.” A year later, a Harvard Crimson editorial declared, “Harvard Law School currently has only one tenured minority woman, Gottlieb Professor of Law Elizabeth Warren, who is Native American.” 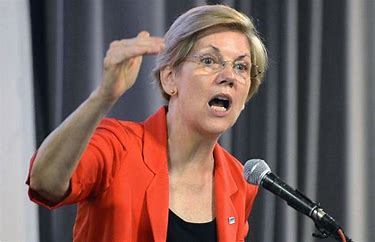 (Pictured here discussing how many scalps she took on the warpath.)

BTW, y'all niggas stand in the presence of the first feline member of the IGX Faculty. Suckkka MC's call me sire. DNAyyyyy to follow.

She has agreed to undergo initiation

Wait. If most black Americans have about 17-18 percent European DNA, does that mean they have to start checking their privilege too?

But I don't get the outrage. It doesn't seem like she's been "running on" this heritage thing. It's not like her campaign logo going back to her first senate run was Native American feathers and whatnot, or she's been giving speeches in full regalia and headdress. I haven't followed her career closely, so correct me if I'm wrong; but her being "Indian" was first raised in public by opponents and news organizations, right? It's not something she ever led with? She's been playing defense on the issue since ~2012. Whenever she's talked about having Native American ancestry somewhere back in her family tree, hasn't the underlying context always been "So I wasn't lying in the 90s when I checked that box."

The weird thing is, the Original Sin back in the 90s wasn't lying on a job application or admissions form or loan app or anything "official". She doesn't seem to have angled for any minority advantage in hiring or admissions or grant money or whatever. Seems like she just put it in the info for her listing in a directory of law teachers; and she put it in her HR info after starting work at UPenn and/or Harvard. Not exactly a Rachel Dolezal situation. Weirder but less substantial.

I'd feel differently about it if she had tried to use a Native American classification to slide into some quota for hiring or admissions or grant money or something. Absent that, there doesn't seem to be anything here. So I'm a little startled by BD's vehemence. I don't get what the big deal is.
“War is the remedy our enemies have chosen. Other simple remedies were within their choice. You know it and they know it, but they wanted war, and I say let us give them all they want.”
― William Tecumseh Sherman
Top

Blaidd, what issues do you take with her politics? Given that her worst disqualifiers only measure a .01% on the Trump scale of Things Formerly Known as Disqualifiers?

Her position on "too big to fail" banks alone wins my respect.
Don’t believe everything you think.
Top

Fat Cat wrote: ↑
Tue Oct 16, 2018 10:06 pm
Part of the problem with the Dems is they keep advancing these idiots and their identity politics games; it's a total disaster. If they stay on this path, it really will be Trump again in 2020.

At this point is almost a guarantee
Top

Seen on twitter: "Trump's superpower is the ability to cause his opponent to do the stupidest thing possible".
"Why do we need a kitchen when we have a phone?"
Top

nafod wrote: ↑
Tue Oct 16, 2018 11:28 pm
But really, unfortunately, sadly, in this climate, is what she did disqualifying? Trump probably did fuck a goat or two, along with some trannies.

The one thing...the very single thing we cannot fucking abide...regardless of political stripe is to let the abomination that is the Great Trumpkin, set the bar for what's normative political behavior.
"He who knows only his own side of the case knows little of that." JS Mill
Top

nafod wrote: ↑
Wed Oct 17, 2018 12:28 pm
Blaidd, what issues do you take with her politics? Given that her worst disqualifiers only measure a .01% on the Trump scale of Things Formerly Known as Disqualifiers?

Her position on "too big to fail" banks alone wins my respect.

Again...I refuse to compare turds. Trump needs to remain an outlier. When Johno or PL54 or any other right of center bloke points out that "compared to Hillary...." I balk. That's not an argument. That's not an assesment at play, that's a secondary tier iusse.

Question is Trump a POS? Yes...
Is Trump a better bet for my interests...? (Reasonable minds can differ)


Question is Warren a POS? Yes...
Is Warren a better bet than X, for my interests...? (Reasonable minds can differ)

As a legislator she is an inert thoughtless gas. As a human, she's garbage. Would I take her over Trump? Fuck yes. But I'd take Pence over Trump.
Last edited by Blaidd Drwg on Wed Oct 17, 2018 8:03 pm, edited 1 time in total.
"He who knows only his own side of the case knows little of that." JS Mill
Top

Just to be correct (I was going to list this as a plus)...


Warren and Gardner’s bill — the STATES Act — looks to ensure individuals abiding by their state’s rules can’t be targeted by the federal government.

The bill amends the Controlled Substances Act, which outlaws marijuana, so that its provisions no longer apply to anyone who is complying with state or tribal laws on the “manufacture, production, possession, distribution, dispensation, administration, or delivery of marijuana,” as long as those states comply with “a few basic protections.”

“If the state has acted this bill requires the federal government to recede,” Warren said Thursday. “That means within the state of Massachusetts the marijuana business will be legal.”

I edited the issues that are not issues for me...

IDGAF about her politics per se...she is what she is. Another blowhard Dem. I'm not prepared to argue she's better or worse than X...because I can;t vote for her as a legislator and it would appear that's where she belongs for now
"He who knows only his own side of the case knows little of that." JS Mill
Top

Whoever would overthrow the Liberty of a Nation, must begin by subduing the Freeness of Speech
- Benjamin Franklin

Where da caravan at now, fam?

Are they trying to lose?
"Start slowly, then ease off". Tortuga Golden Striders Running Club, Pensacola 1984.

"But even snake wrestling beats life in the cube, for me at least. In measured doses."-Lex
Top
Post Reply
39 posts