Mohammed bin Salman is the Next Saddam Hussein

Mohammed bin Salman is the Next Saddam Hussein


Mohammed bin Salman Is the Next Saddam Hussein
In the 1980s, the United States embraced a brutal Middle Eastern tyrant simply because he opposed Iran. Washington should not repeat the same mistake today.

Saudi Crown Prince Mohammed bin Salman is reportedly shocked over the backlash to his government’s killing of Washington Post columnist Jamal Khashoggi. In a recent phone call with U.S. President Donald Trump’s son-in-law and advisor Jared Kushner, according to the Wall Street Journal, his confusion over official Washington’s furor “turned into rage,” as he spoke of feeling “betrayed by the West” and threatened to “look elsewhere” for foreign partners.

Saudi Arabia’s indignation at the United States would not be the first time an autocratic U.S. ally in the Middle East has assumed it could act with virtual impunity due to its alignment with Washington in countering Iran. Indeed, the Saudi prince’s meteoric rise to power bears striking similarities to that of a past U.S. ally-turned-nemesis whose brutality was initially overlooked by his Washington patrons: former Iraqi dictator Saddam Hussein.

Years before Saddam became Washington’s chief foe, he enjoyed significant support from the United States and other Western countries. This ended after he decided to invade Kuwait in 1990. However, the lead-up to that conflict and Washington’s earlier patronage of Saddam provide instructive lessons for U.S. regional policy today and the major risks of not responding forcefully to the assassination of Khashoggi.

Mohammed bin Salman’s gradual and brutal consolidation of power, marked by the detention and torture of his domestic rivals, evokes the “nation-changing assault on dissent within Iraq’s ruling party in 1979 by a young President Saddam Hussein,” Toby Dodge, a consulting senior fellow for the Middle East at London’s International Institute for Strategic Studies, told Bloomberg last year. “The concentration of power in one youthful, ambitious and unpredictable pair of hands is worrying now as it was then.” Washington’s steadfast support of Saddam during the 1980s not only enabled his rampage against his own people and neighboring countries, but also eventually threatened U.S. security interests.

The U.S. relationship with Saddam Hussein began in 1963, when, according to the former National Security Council official Roger Morris, the CIA under President John F. Kennedy “carried out in collaboration with Saddam Hussein” a coup to overthrow the government of Gen. Abdel Karim Kassem, who had five years earlier toppled Iraq’s pro-American monarchy.

However, U.S. ties with Saddam truly began to solidify in February 1982, when the Reagan administration removed Iraq from the State Department’s terrorism list, paving the way for providing military assistance to Iraq. This occurred roughly 17 months after Saddam’s invasion of Iran, while Iraqi forces were occupying the oil-rich southwestern Iranian province of Khuzestan that Iraq sought to annex. In December 1983, President Ronald Reagan dispatched Donald Rumsfeld as a presidential envoy to meet Saddam and set the stage for normalizing U.S.-Iraqi relations. U.S. support for Saddam during the war would grow to include, according to the Washington Post, “large-scale intelligence sharing, supply of cluster bombs through a Chilean front company, and facilitating Iraq’s acquisition of chemical and biological precursors.”

Saddam’s devastating use of chemical weapons during the Iran-Iraq War, both against Iranian military and civilian targets and on his own people, did not deter U.S. support. Rumsfeld’s meeting with Saddam took place despite Washington possessing firm evidence of Iraqi chemical weapons use beginning in 1983. Prior to Rumsfeld’s trip, on Nov. 1, 1983, senior State Department official Jonathan Howe had toldSecretary of State George Shultz of intelligence reports showing that Iraq was resorting to “almost daily use of CW [chemical weapons]” against the Iranians.

While Iran received some weaponry from the United States through the Iran-Contra affair, Washington tipped the scales much further in favor of Saddam. When intelligence showed Iran mounting a major offensive in early 1988 that threatened to break through Iraqi lines, Reagan wrote to his secretary of defense: “An Iranian victory is unacceptable.” Toward the end of the war, “U.S. intelligence was flowing freely to Hussein’s military,” according to a 2013 article in Foreign Policy, despite U.S. officials being “fully aware that Hussein’s military would attack with chemical weapons.”

According to declassified CIA documents, two-thirds of all Iraqi chemical weapons deployed during the war were used in the last 18 months of the conflict, when U.S.-Iraqi cooperation peaked. This included the March 1988 genocidal chemical weapons attack on the Iraqi Kurdish town of Halabja, which led to the deaths of as many as 5,000 civilians. Ironically, this attack would later be used by the George W. Bush administration in 2003 as part of its pretext for invading Iraq to eliminate the country’s by then nonexistent weapons of mass destruction.

A few months after the Halabja attack, in September 1988, Assistant Secretary of State Richard Murphy wrote in a memo on the chemical weapons question that “the U.S.-Iraqi relationship is … important to our long-term political and economic objectives.” Today, the Trump administration is echoing this language when discussing the U.S.-Saudi relationship, despite Saudi Arabia’s killing of Khashoggi and its devastating assault on Yemen, with U.S. Secretary of State Mike Pompeo recently proclaiming that Saudi Arabia is “an important strategic alliance of the United States” and that “the Saudis have been great partners in working alongside us.”

Interesting. Does this mean that in a few years, we'll actually nuke Mecca?
Whoever would overthrow the Liberty of a Nation, must begin by subduing the Freeness of Speech
- Benjamin Franklin 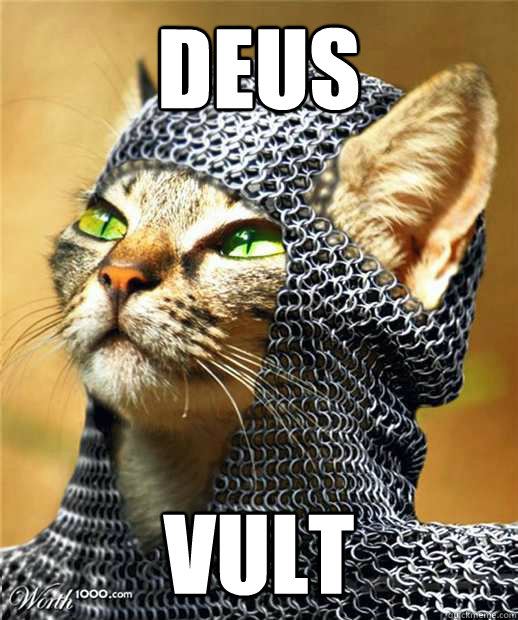 I hope we have a secret code that turns all of the electronics on the weapons we sold them into bricks.
Don’t believe everything you think.
Top

Turdacious
Lifetime IGer
Posts: 21020
Joined: Thu Mar 17, 2005 6:54 am
Location: Upon the eternal throne of the great Republic of Turdistan

Whatever direct code that is, it may be unnecessary -- they're getting their asses handed to them by the Houthis.

The real code, short term at least, is backing off the Iran sanctions just a bit. Fucks the Saudis and Russians right in the wallet.
https://oilprice.com/Energy/Energy-Gene ... -Loom.html
"Liberalism is arbitrarily selective in its choice of whose dignity to champion." Adrian Vermeule
Top


In the 1980s, the United States embraced a brutal Middle Eastern tyrant simply because he opposed Iran. Washington should not repeat the same mistake today.

One of those headlines that tell you that the rest of the article is bullshit.

Two Saudi dissident sisters seeking asylum were just fished out of a river dead here in the USA. Bound and duct taped. Probably another spontaneous fistfight at the local Saudi consulate, right?
"Why do we need a kitchen when we have a phone?"
Top

Oh shit...I heard about the women, had no idea they were Saudi dissidents.

He has expressed support for the Jewish homeland, so the Zionists won't be ordering their Hessian lap dogs to take him down anytime soon.
Top
Post Reply
10 posts • Page 1 of 1