Anyone got any recommended resources on grief in the family? Like, how to be useful if your sister's child dies, or your daughter's husband dies, or that kind of thing?

Uh, asking for a friend.
“War is the remedy our enemies have chosen. Other simple remedies were within their choice. You know it and they know it, but they wanted war, and I say let us give them all they want.”
― William Tecumseh Sherman
Top

First of all, my condolences to whomever is suffering.

The classic in the field is Elisabeth Kübler-Ross On Death and Dying (1969) which is where the whole "stages of grief" thing comes from, the idea being that there are five (ostensibly) progressive stages people go through: denial, anger, bargaining, depression, and acceptance. Later on she kinda sorta admitted that she made it all up and that not everyone will go through these stages, or all of these stages, and that they aren't a linear progression. That said, I feel it's worth contemplating because there is a fair amount of truth to the model, regardless of the fact that is just a model.

Beyond that, I think you need to know your audience. What kind of person? Male or female? Young or old? What was the nature of the loss, because losing a young person to a sudden accident is very different to losing grandma at 96. The former is abrupt and lacks the natural symmetry of the later, and it is violent in its abrupt nature. Context is critical.

My last thought, is that some people are more cerebral, more philosophical, and/or more religious than others. Try to speak in terms people can comprehend, even if it's just hugs and time spent. Often words aren't the best vector. For others, something like the Meditations of Marcus Aurelius, or the words of the Buddha, or a trusted pastor might be just the thing. But don't underestimate just hanging out with them, baking them cookies, doing their laundry for them, etc.

Fat Cat wrote: ↑
Tue Dec 11, 2018 12:58 am
But don't underestimate just hanging out with them, baking them cookies, doing their laundry for them, etc.

That’s where I’d put my money. That, and just be a listener, a witness to their grief, and don’t be afraid to speak of the person lost.
Don’t believe everything you think.
Top

So, uh, what happened?

I've been through family grief. It's awful
But have never dealt with a parent losing a child. I can't imagine the depth of that despair. Just riding along is pretty much the only thing you can do.

Pain hurts. Nothing to be done about it in the short term. Let them scream.

Miss Piggy wrote:Never eat more than you can lift.

My condolences. I am afraid there is no standard recipe. Some time ago I read this book by Gordon Livingston, a psychiatrist who lost two of his sons within 13 months period, one to suicide, another to leukaemia. Maybe it can be of use to you. 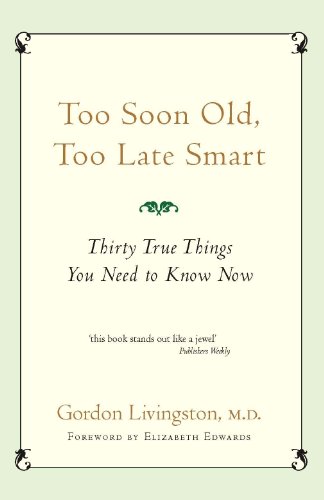 Turdacious
Lifetime IGer
Posts: 20666
Joined: Thu Mar 17, 2005 6:54 am
Location: Upon the eternal throne of the great Republic of Turdistan

Yes.
"Liberalism is arbitrarily selective in its choice of whose dignity to champion." Adrian Vermeule
Top

JimZipCode wrote: ↑
Tue Dec 11, 2018 12:35 am
Anyone got any recommended resources on grief in the family? Like, how to be useful if your sister's child dies, or your daughter's husband dies, or that kind of thing?

Uh, asking for a friend.

Dunno if they are examples you plucked from fresh air but had a bit of experience of both circumstances a few years back bizarrely enough. Lost 2 daughters on day 1 (twins obviously, complicated birth) and about a month later a friend from work's son in law got taken out by a truck. A lot of folk wouldn't consider the first example proper grief but it sure feels like it to the people involved.


Anyway, my experience; it stays shit for a long while. Way beyond the point where other people still give it any thought. You get lots of well wishes when it first hits then they die off and you're left wrestling with your shit, which can be fucking dark. Periodic enquiries about their welfare and actually wanting to listen to the answer would place you in the top 2% of their social circle in terms of helpfulness. I almost guarantee it. Having a framework to understand death in is helpful to the individual, but you can't really push your own belief on them if you have any. I sat in a church service afterwards and felt physically sick at the vision of death that was being depicted, it really set me back. It wasn't bad or unpleasant, just not how I understood it.
Don't try too hard, don't not try too hard