Tories crushed Corbyn's communist, I mean "Labour" Party today. YAY. Liberal Democrats took a bath too, so it looks like Borisssss has a majority to finally see this thing through.

The Conservatives are set to win an overall majority of 86 in the general election, according to an exit poll for the BBC, ITV and Sky News.

The survey taken at UK polling stations suggests the Tories will get 368 MPs - 50 more than at the 2017 election - when all the results have been counted.

People want national strength, limits on immigration, and strong protections against the worst of globalism. And God bless them for it.

“Wherever the crowd goes, run the other direction. They’re always wrong.” Bukowski
Top 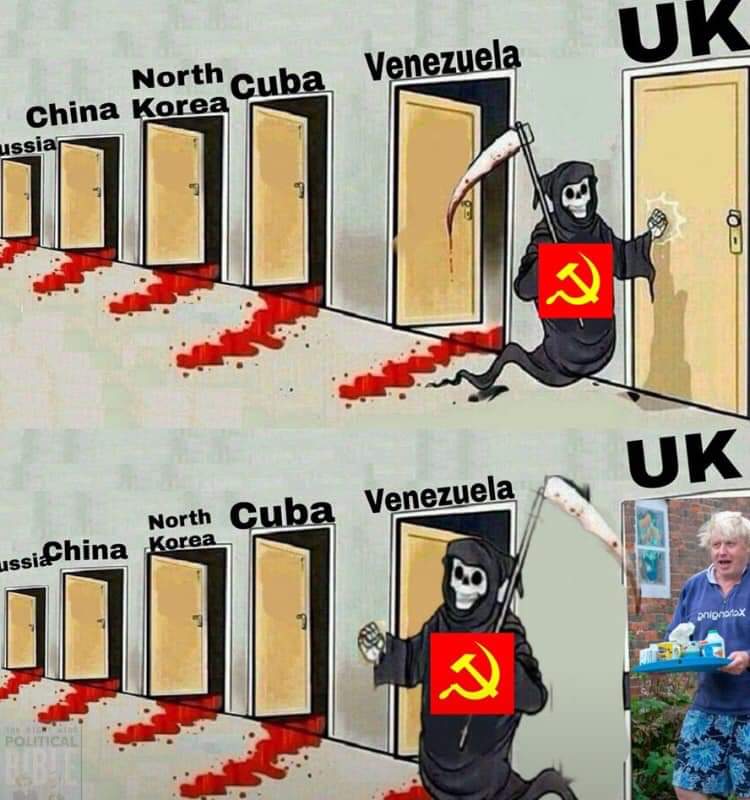 “Wherever the crowd goes, run the other direction. They’re always wrong.” Bukowski
Top

Most British don’t want to leave the EU, but I assume they also didn’t want Jeremy Corbin, to the point that they voted against their own wishes, policy-wise.

Based on polling, if they held the referendum again, they’d be staying in.

I bet Putin wants them to leave the EU. Why wouldn’t he want to split the bloc facing him?

Be interesting to see if this breaks up Great Britain.
Don’t believe everything you think.
Top
Post Reply
4 posts • Page 1 of 1