Not tomato juice. A 5.7 liter hemi in a Grand Cherokee Overland.

I grew up with the growl of a V8. Wanted one as a kid and the first one I had was a 1967 Mustang. It had belonged to a friend who just got out of the Navy. It was stolen and stripped. I bought it for cheap. It ran for 10 years and I got rid of it.

But now, fuck, I'm old and I wanted a V8. Bought a 2018 Grand Cherokee with a hemi. OK, it's got metal skid plates on the engine/oil pan and the diff. Off-road ready but I had to put AT tires on it. So it isn't highway smooth., but it's a V8 and throws you back in the seat when you stomp the pedal.

I’ve had two. The first was one of these. It was a bear to assemble, but was cool.

The second was a 1968 Ford Thunderbird, bought in 1979 for the summer while working in Minnesota. Paid $200, sold it at the end for $100. Had a black interior and power windows that didn’t work. Great date car. The engine was huge. So was the back seat. 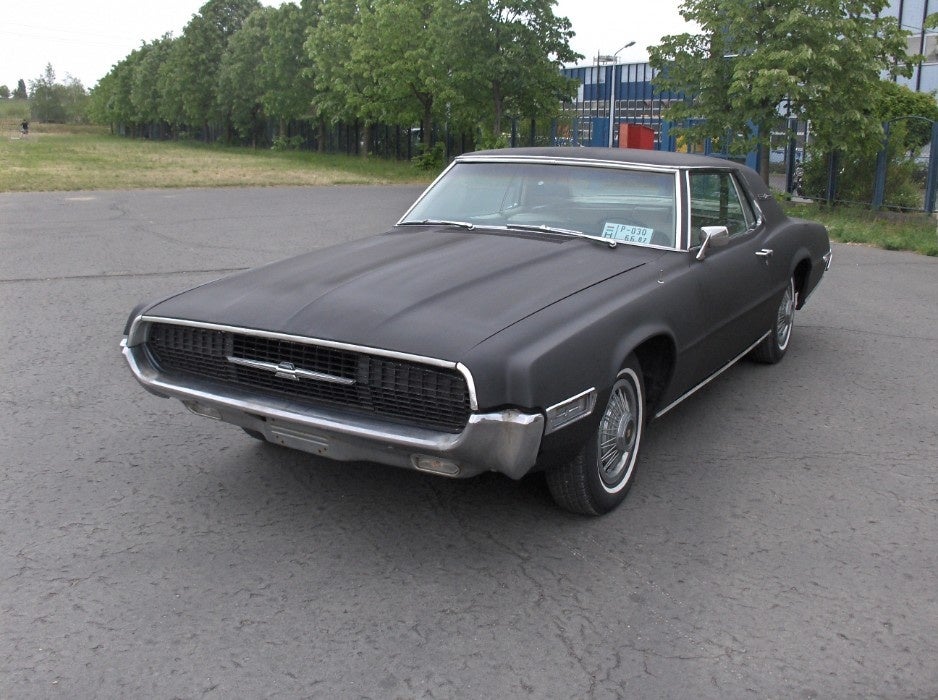 
I also had a V8 in an Avalanche and in my current Suburban.

I drove an inline 6 in an AMC Eagle, which was a solid engine. I also drove an Ecoboost V6 in a Ford Excursion XL a few years back as a rental and that was a legit beast of a motor.
Top

Out west circa 2010 or so the desert rats were big on V8s and the 90's landcruiser engines in Samurais. Huge engine bay/compartment.

1964 Ford Galaxy that my dad inherited from his Aunt. She bought it new.
First year for the 289, and ours had the 3 On The Tree. Most vague shifter you can imagine. Sure do wish we'd kept that car......
I don't have a lot of experience with vampires, but I have hunted werewolves. I shot one once, but by the time I got to it, it had turned back into my neighbor's dog.
Top

I really miss big engines. I know downsizing is the way to go until we all go fully electric, but still...