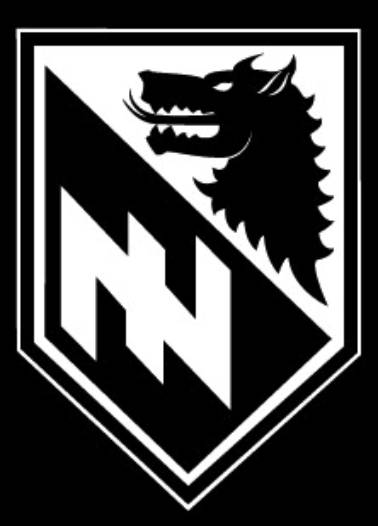 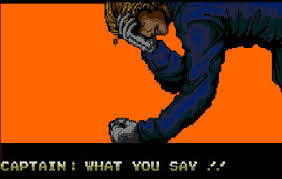 Welcome back and thank you.
WIZZARD

It was a privilege to earn that gratitude.

Welcome back,you`ve been away for a loooong time.
You`ll toughen up.Unless you have a serious medical condition commonly refered to as
"being a pussy".
Top

So in the other place we were trying to come up with the particular’s concerning this training regimen and were coming up blank. Do you think you could distill some of those true knowledgez for us uneducated masses?
WIZZARD

Indeed, how does one develop through training the esoteric inner elements of Ausgeklügeltheit?

Basic elements of the system:

I shall begin to provide some historical background.

Let's begin at the beginning, as they say... Werwulf was a commando sort organization set up towards the end of WWII by Otto Skorzeny. I've been looking at some of the physical training I'm told they did. Lots of climbing, tumbling and bayonet focused stuff. Some BB, cals and rucking as well. Cold exposure and body toughening were also core components.

The Werwulf stuff is excellent, as far I am so far able to ascertain. The Spetznaz and combat sambo protocols for body hardening (cold, hunger, pain resistance) came right out of captured Werwulf documents, as the sports scientists who were captured by the Soviets were also utilized to develop the USSRs SPETSNAZ physical readiness programme. These guys were like a collective Werner von Braun of human performance science, so it makes sense. My best guess is that Litvinov's training and that of Gunthor were derived from these methods.

Heavy farmer's "sprints" with mortar rounds (used to create anti tank ambushes) in each hand and a big ruck were typical, as were insane, volume based calesthenics. Also lots of weighted climbing was employed.

As I understand that this was performance focused, not necessarily health and longevity for the long haul, did you happen to see the effects of the high mileage they put in on the joints?
WIZZARD

I have done a fair bit of jumping into holes in the ice in lakes (during the winter) and it does teach you to get control of the breathing.As soon as you get control of that you stop freezing as much and if you started to panic due to the sudden shock of the freezing water you calm down when the breathing is controlled.
You`ll toughen up.Unless you have a serious medical condition commonly refered to as
"being a pussy".
Top

Got more information about no 1:körperliche dominanz?
You`ll toughen up.Unless you have a serious medical condition commonly refered to as
"being a pussy".
Top

Much of the programme was derived from original research by Gerhardt von Inmann, allegedly the father of Jerry Inman, who is credited with the "Inman Mile" idea. Von Inmann was a German military kinesiologist and human performance scientist, and the WWA is largely the product of his research. Inmann emigrated to Canada in 1947 through a ratline established by the Vatican, on forged Red Cross travel papers, and though not Ukrainian, was given asylum from the Soviets as a "re-identified" anti-Communist member of The Intermarium. He later changed his name to Inman to disguise his German SS activities from Nazi hunters after the war.

I came across a reference to it during 2008-9 in some WWII-era correspondence while some conducting unrelated research in a military archive; a colleague of mine got me some photocopies of the works referenced in the old memoranda. I subsequently digitized these and destroyed the hard copies. Much of it is in the old Teutonic font and it makes it a pain in the ass to read and translate.
Last edited by Hank Scorpio on Mon Nov 19, 2018 10:21 pm, edited 1 time in total.

Bobby, Yes I do, but was thinking of starting with Eisenerschritt-Hirschbock, as it's considered foundational to the strength/endurance/body toughening components.

I should have written it in this order, but was fatigued form travel:

Got more information about no 1:körperliche dominanz?

Works for me Hank!
You`ll toughen up.Unless you have a serious medical condition commonly refered to as
"being a pussy".
Top

Historically intriguing topic. It would be interesting to compare late war Werwolf physical training to that of other last-ditch troops like the Volkssturm. IIRC Werwolf were originally intended more for a true unconventional warfare role (behind enemy lines, working in conjunction with anti-Soviet locals) but kind of shifted into partisan warfare and sabotage on German soil as the situation got increasingly desperate. I'd imagine the quality of the average individual and thier training decreased sharply towards the bitter end.
Top

Succinct and well-stated, SP. Werwulf had a significant development period beginning quite early, so was well resourced, and underwent evaluation in controlled conditions. As to what transpired in the field from '44 onward, I don't have documentation. But I believe you're conclusions would be accurate.

Eisenschritt/Hirschbock - the stated intent of these complementary practises was to ensure that SS members were sexually healthy and capable of maximum performance in service to the Lebensborn program, initially part of the SS Rasse und Siedlungshauptamt.

E/H was considered a method to ensure large quantities of healthy sperm were produced by the SS member. According to the WW manuscript after 5 days of regular practice, the practitioners would experience a profound increase in sex drive, increased physical strength, and outstanding libido.

Eisenschritt and Hirschbock were mandated elements of the Werwulf protocol, though more frequent, even daily, practice was prescribed if a selected SS man presented as impotent or incapable of impregnating “racially pure and healthy” Aryan women. Women of non-german heritage, deemed desirable to be included into the German population, were also (sometimes unwillingly) incorporated into the program with the intent of expanding the Aryan population, with participants reportedly birthing babies of unusually good health and weight.

Now part of what will eventually follow may, at first, appear outlandish. However, given the recent attention to the Wim How Method in the alternative fitness/wellness world, perhaps not as ridiculous-sounding as it was when I was translating the manuscripts. For those of you not familiar with Wim Hof, he has developed a system based on cold exposure and Yoga reportedly enables one to develop some degree over the autonomic nervous system. Google him and see the type of results and commentary found in that community of practitioners, if you’re unaware of this practice.

Having experimented with it myself, there is high truth value in his work and system. Actually, I had been practicing some of his techniques without even knowing it some time ago. I can clearly recall freezing my ass off, cold and wet, in the forest of NC in the winter during a training exercise. For some reason, I remembered a passage in a book about some early Spanish explorers in the New World. In it, they remarked upon their first contact with the natives in what is now Tierra del Fuego.

Apparently, the indigenous people wore not much more than loincloths in weather near freezing, with no apparent discomfort. This shocked the Spanish observers. It made me think that there was some tool I could use to become more capable of tolerating temperature extremes than modern society had equipped me with up to that time. While cold exposure is the environmental stimulus, both Hof and the Werwulf Protocol emphasize breathing discipline as the tool to facilitate adaptation.

I would credit the “inner fire” as Hof calls it, with some of my success at SFAS back in 2007. His methods have a clear and demonstrable effect on cold tolerance, breath control, and to some degree endurance, among other things. WMMV, but worth a look.

So, bear the above in mind when I am able to post further.

Hank Scorpio wrote: ↑
Fri Nov 23, 2018 8:39 pm
According to the WW manuscript after 5 days of regular practice, the practitioners would experience a profound increase in sex drive, increased physical strength, and outstanding libido.