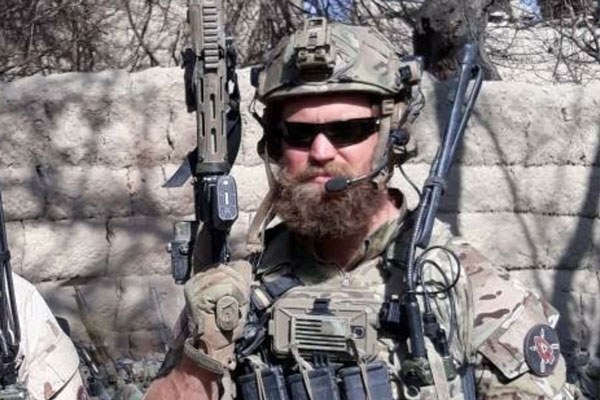 A handful of years ago content on 70’s Big was hard to come by. You fine folk have been asking where I’ve gone ever since, and now I finally choose to let you know in the face of extraordinary circumstances. I am a United States Army Special Forces soldier, also known as a Green Beret. Ever since I put on the hat, I poured myself into this job in order to prepare for and participate in war. I wanted to kill people that deserve to be killed, save people that deserved to be saved (medically), and free people that deserve to be freed. And I did all of those things on my first deployment along with all kinds of combat and near-death experiences.

While there were exciting times, there were others full of terrible loss. There are much finer men than me who have been in much more combat and done much better things than I have. I don’t think I’m cool – it’s more that I’m lucky to have been in a handful of fire fights and done some things in order to live through them.

While there were exciting times on the first deployment, we lost a US Army Infantry soldier and I lost a long-term relationship. Because of those hardships, I spent 2018 preparing for a second combat deployment and, just as importantly, bettering myself as a healthy individual.

About one month into the next deployment we were on a combat operation in a very mountainous area. My element conducted a short hault and I discussed how we would clear a set of compounds that were tactically in a disadvantageous area. The area I stood had been cleared by EOD personnel and had foot traffic around the area. I shifted my weight under my ruck, took a step, and was blown up. As my best friends and teammates treated me, I gave them medical instructions to help their care. My teammates were heroes that day. Despite the initiation of a “troops in contact,” I didn’t die in the dirt in a far away land. Instead, they put me on a helicopter, and countless other fine individuals did and continue to do their jobs of caring for me.

I am a double below-the-knee (BTK) amputee. The fact that my right leg is a BTK is amazing and a testament to the fantastic surgeons at Walter Reed. My testicles were also blown off, so I require testosterone replacement therapy for the rest of my life, and whether or not I can have children is an unknown. I work hard every day to improve and will continue doing so. There’s no definitive date because there are too many variables, but I’ll leave the hospital some time later this year.

Lastly, the next question I’m asked is whether or not you can do anything for me. Your support is invaluable and all I could ever ask for. There are currently more of us wounded and killed, my friends included. If you should feel inclined to donate money, the Special Forces Foundation is an amazing organization. All of the money goes to us “wounded warriors” and the Gold Star families (the wives and families of personnel killed in action). I know the gentleman who runs it personally, and he’s both honorable and kind.

As for me, I’m good. My big medical issues are progressing as planned. Physical training and rehab are a part of my daily future, but I also rest and take care of myself via meditation and journaling. I’ll take some time to let this situation percolate, but I’ll be back. There’ll be more writing, podcasts, and other ways to facilitate teaching, learning, and sharing. I’m especially interested in stories of extreme human experience and the lessons learned from them. Strength and conditioning will always be here, but my scope of practice has grown. It’ll be just like old times, but I’ll dive into any topic that is interesting and helpful.

When I was MEDEVAC’d, I went to the Role II and received 68 units of blood. Which is a lot of somebody else's blood. Above all else, I’m grateful to be alive. I’m honored you still think of me and even more honored when you want to donate. You can do so through the Special Forces Foundation (SFF). There’s also a fundraiser being conducted on my behalf called Climbing for Casualties. My friend Matt Randle will conduct an asinine climb in Nepal and donations go to the SFF. Look for @climbingforcasualties on Instagram. Again, thank you for your interest and I look forward to getting my legs jacked, pressing over body weight, entertaining you, and learning along the way. Stronger every day.

That is depressing as all hell.

"Remember that you have no companion but your shadow." -Genghis Khan
Top
Post Reply
2 posts • Page 1 of 1