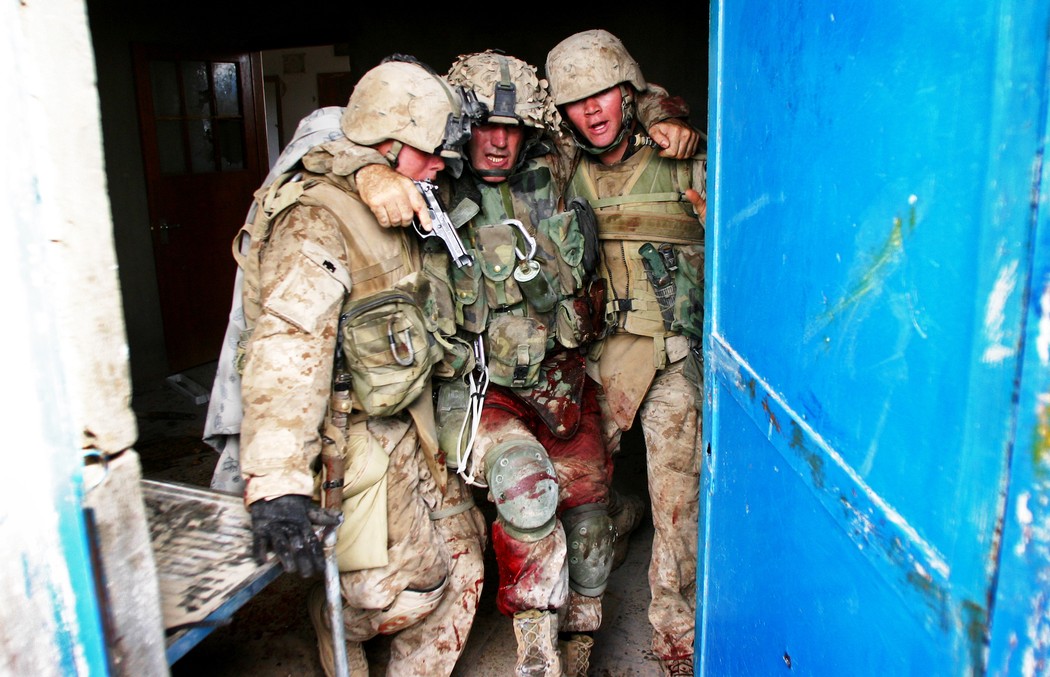 Corporal R.J. Mitchell and his Marines lined up flush against the wall and peeked through the doorway. Beams of sunlight streamed into a large room, illuminating dust in the air.

Lying in the middle of the room was the body of a man killed by the last Marines to enter the house. Mitchell knew there were other insurgents in the house, but he didn’t know where.

He was on a mission to rescue wounded Marines, and he could see the bedroom where they were trapped. The Marines would have to cross the room in the middle of the house to get there, a large space with no cover. Mitchell tapped the shoulder of the man in front of him and they charged.

Mitchell made it. But as he began tending to one of the wounded, the Marines who followed Mitchell into the center room were torn down by a hail of gunfire from above. There were men perched above them on a second-floor landing, positioned to fire on anyone who stepped into the room.

It was, in the words of a news photographer present that day, a perfect kill zone.

"That rifle on the wall of the labourer's cottage or working class flat is the symbol of democracy.
It is our job to see that it stays there." - George Orwell
Top
Post Reply